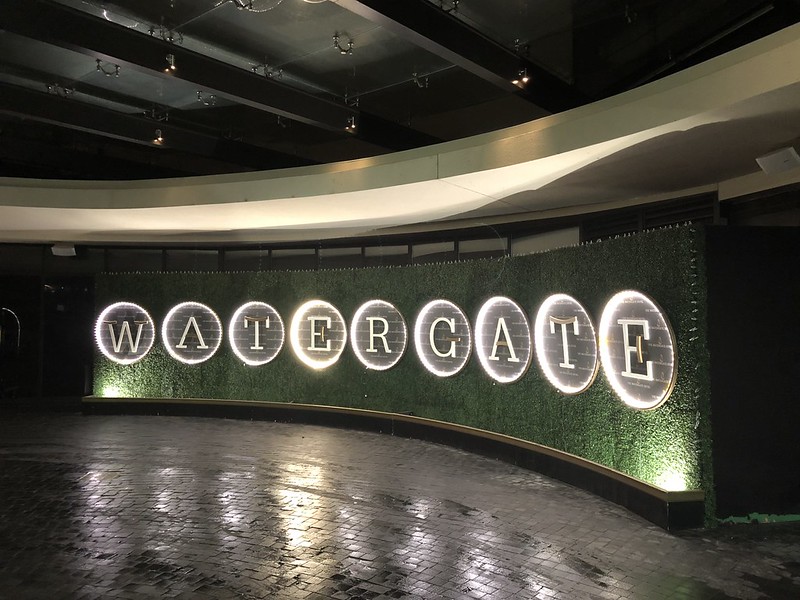 The hotel we stayed at was two blocks away from the Watergate. The Watergate has a great rooftop bar so, a few of us decided to head over to unwind. When we arrived, we were disheartened to find out that the rooftop was rented out to a private party for the evening. So, we settled for drinks inside the lobby-level bar.

The trip was not something that I was looking forward to. It felt like I had just left the area (we completed our cross-country drive four weeks before), and we were living in between rentals while waiting for escrow to close on our own home. The week that I was needed in DC just so happened to be the week that escrow was slated to close, we would be able to move in, and our moving truck would arrive. I didn’t want to work-travel while all of that was happening. I didn’t want to leave M to deal with everything herself.

It all worked out, though. Really well, in fact. In large part because my wife is freakin’ awesome and so very capable. I worry too much. The meetings/workshop that required the travel was extremely beneficial as well. It was sorely needed and extremely helpful for my team and I to complete the next series of steps and goals. Worth it.

In hindsight, I wish I would have had more faith in things working out for the better, and thus been able to fully enjoy, in the moment, the old fashioned I sipped at the Watergate that evening.