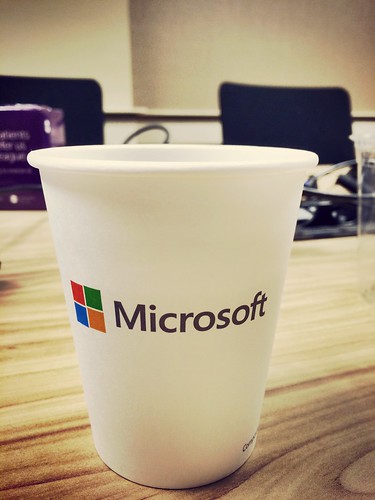 I spent last week in Redmond, WA, in a series of meetings with our partners at Microsoft. My initial inclination is to describe the week as “interesting” and “productive”, which wouldn’t be untrue. But, I fear falling into the habit of describing every week that way.

I’m pleasantly surprised by how much I was able to keep up with the conversations when they became extremely technical. I’m not sure where I picked up the technical knowledge that I have as I’ve seemed to soak in and retain quite a bit. On the other hand, I am very much realizing where I need to do some reading and learning in order to be able to contribute more to the conversation.

It’s like my (in)ability to speak Spanish. I can follow a conversation but, when asked to speak, that’s where I struggle.

But, as I’m learning, that’s not my role. My role is to translate real world implementation and practical uses into the technical development of how we do it. In other words, I make sure that we don’t develop something so complicated that our users simply avoid using it.

We accomplished a lot but, there is still much to do. Much. To. Do.

It looks like my business travel is complete for 2014. If things come together as discussed, the majority of the first quarter of 2015 will be spent on the road.